Marine Society and the History of Crew Libraries Service 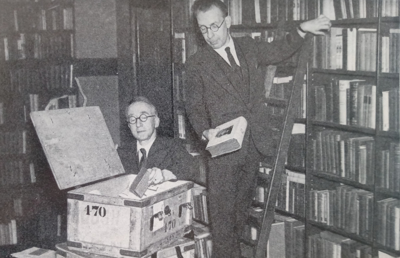 The idea of establishing a system of education for adult seafarers was discussed for the first time by the Seafarers Education Service (SES) in 1919, and developing a ships' library service was seen as the best way to accomplish this.

Attempts at improving the seafarer's mind were nothing new, and many societies had tried previously to provide reading material to mariners. The British Sailors' Society was collecting books for a seamen's library as early as 1822, and by 1856 the scheme became the 'Floating Library Service' of the Royal Navy.

Conditions onboard were not very favourable, with poor lighting and cramped accommodation making reading difficult even for the literate crew members. Most books onboard ships were received from religious societies with the aim of moral improvement of seafarers.

The main driving force behind the idea of a seafarers' library service was Albert Mansbridge, the founder of the Workers' Educational Association and the SES, who was inspired by the poor conditions of seafarers he saw on his many voyages. He believed that education and the pursuit of knowledge were vital to understanding between men and 'an essential aspect of life in a democratic society'.

Thanks to his cooperation with Lawrence Holt, the owner of the Blue Funnel Line, SS Aeneas carried the first library, with 150 books onboard when it set sail to Australia on 29 May 1920. The extension of the library to 200 volumes clearly shows the popularity of the service, and by the third voyage total issues exceeded 1,000.

The service quickly grew to 400 ships by 1929, and from the very beginning, a financial contribution was expected from the shipping companies to sustain the library service. Shipowners wanted something in return for their money, and it was up to the director of the SES to prove that the crew was more efficient and happier whenever there was a library onboard.

The economic depression, in the 1930s, had a predictably negative effect on the service, and to keep the ships engaged, special concession prices were introduced. Fortunately, many shipowners were able to see the benefits of the libraries to their crew, and by the outbreak of Second World War, 600 British merchant ships were signed up to the hardback exchange library, which saw the books changed 2-3 times a year.

The SES ships' library service then established the Sea War Library Service, and delivery and return of ships' library books during the conflict was made possible by a special arrangement with Lloyd's Register, which revealed the secret movements of ships as required. However, there were understandably many disruptions, and 40,000 books were lost due to enemy action. Working with the British Ship Adoption Society, the Sea War Library Service helped to fill the gaps by collecting books from the general public and distributing them to Allied ships. It also supplied books to Merchant Navy prisoners of war.

The government saw the service as essential to the welfare of crews, and despite the heavy losses sustained during the Second World War, over 1,000 ships had libraries by 1945. Government control of shipping was mainly responsible for this massive increase, but even after the ships returned to private hands, most kept the subscription. George Knowles, the organising secretary of the library service at the time, saw a marked improvement in the way the shipowners received him after the war. 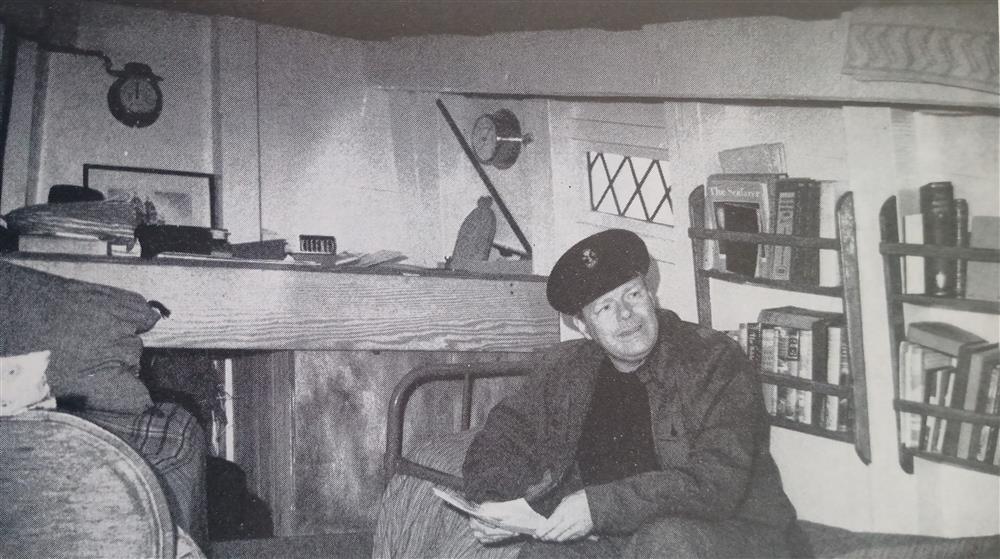 Heyday of the service

The SES library service continued to flourish, and by 1957, 1,800 British merchant ships were carrying a library onboard, with 350,000 books a year sent to sea. A thousand books were bought each week to keep up with demand. The main objective of the library service was always personal improvement and education, and 35% of the selected titles were non-fiction. The library was completely exchanged 2-3 times a year, and in addition, a semi-permanent technical reference library was recommended to be carried onboard.

Books on request contributed considerably to the popularity of the service, and titles sent directly to individual seafarers for the price of postage covered a broad range of topics. In one instance, a debate onboard about the Battle of Jutland became so fierce that only a book confirming the facts was able to clear the air. On another occasion, a seafarer requested a book on sex so he could prepare for married life.

Although the service was highly centralised, the books were often exchanged in foreign ports, either directly between ships or with help from the seafarer centres run by the maritime missions. This was especially important to those ships which rarely visited UK ports. The London headquarters were the basis for the whole operation, and librarians were able to effectively fulfil requests, replace worn stock and update topics to reflect the changing tastes of the seafarers. To prevent the spread of vermin and disease onboard, SES thoroughly inspected any returning books suspected of being contaminated and when necessary destroyed them.

Dr Ronald Hope, the director of the service from 1947 and a driving force behind many improvements, established a film library in 1954 with documents and educational films at its core. Kits for painting and modelling were available for interested seafarers, and tutors were sent directly to ships to teach practical subjects such as art and physical education.

By 1971, some 1,600 ships had libraries, but in the next 20 years, the service saw a sharp decline. The numbers of British seafarers were steadily failing, owing mainly to the rise of larger tankers and containerisation, but also because shipowners followed the flags of convenience in search of cheap labour or sold the ships outright. To survive, the SES merged with the Marine Society in 1976 as their interests aligned. The film library was discontinued in the early 1980s, and by 1996 only 500 vessels received an exchange library. This number declined even further to 144 ships in 2014.

A century on from the founding of the service, the Marine Society still operates libraries for a range of companies, including notably the vessels of the British Antarctic Survey. Most of the fleets have switched to non-returnable paperback and the recently-launched digital libraries of e-books. The Marine Society digital library app is the future for onboard libraries, as seafarers can now download books to read on their phones or tablets. Thanks to funding from International Foundation for Aids to Navigation (IFAN), 1,400 titles were provided through digital library trials in the first year of operation, while some ships still received paperback libraries.

The digital library offers a collection of books curated with seafarers in mind. Apart from textbooks to help with seafarers' education and to sustain the tradition of adult education on the sea, the library has a good collection of leisure reading. The library offers fiction and non-fiction with topics covered to include travel, biographies, wellbeing, history, true crime, and military. And with today's multinational crews in mind, many books are available in Romanian, Hindi, Tagalog, Russian, Chinese or Spanish in addition to the English-language titles.

The Marine Society digital library app is the future for onboard libraries as seafarers can now download books to read on their phones or tablets. They can access thousands of books in the language of their choice to enjoy at leisure. After 100 years, the Marine Society is still at the forefront of supplying libraries to ships.